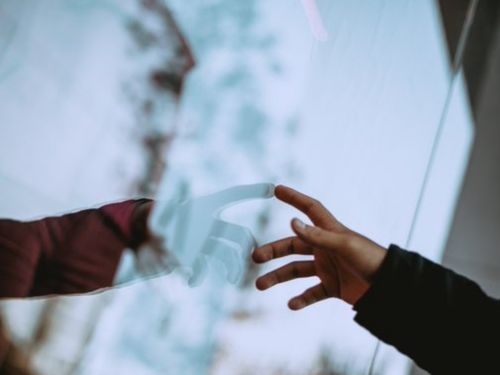 The OpenSciEd initiative was launched to address a critical need in science education: the need for high quality science instructional materials that are standards-aligned and practical for broad implementation. Led by BSCS Science Learning, a national consortium of curriculum developers and researchers is currently creating a three-year middle school science program to be distributed for free.

Learn more about select units below.

The unit starts out with anchoring students in the exploration of a series of videos of hailstorms from different locations across the country at different times of the year. The videos show that pieces of ice of different sizes (some very large) are falling out of the sky, sometimes accompanied by rain and wind gusts, all on days when the temperature of the air outside remained above freezing for the entire day. These cases spark questions and ideas for investigations, such as investigating how ice can be falling from the sky on a warm day, how clouds form, why some clouds produce storms with large amounts of precipitation and others don’t, and how all that water gets into the air in the first place.

The second half of the unit is anchored in the exploration of a weather report of a winter storm that affected large portions of the midwestern United States. The maps, transcripts, and video that students analyze show them that the storm was forecasted to produce large amounts of snow and ice accumulation in large portions of the northeastern part of the country within the next day. This case sparks questions and ideas for investigations around trying to figure out what could be causing such a large-scale storm and why it would end up affecting a different part of the country a day later.

This 7th grade unit on matter cycling and photosynthesis begins with students reflecting on what they ate for breakfast. Questions about where their food comes from lead them to consider which breakfast items might be from plants. Then students explore (and taste) a common breakfast food, maple syrup, and see that according to the label, it is 100% from a tree.

Students apply what they learned in the previous unit to argue that they know what happens to sugar in syrup or other foods when they consume it. Students explore what else is in food and discover that foods from plants not only have sugars but proteins and fats as well. This discovery leads them to wonder how plants are getting these food molecules, why a plant needs food, and where a plant’s food comes from in the first place. Students figure out that they can trace all food back to plants, including processed and synthetic food. They explain that the pieces of their food are constantly recycled between living and nonliving parts of a system.

Forces at a Distance

This 8th grade unit launches with a slow motion video of a speaker vibrating. After developing a model of sound in the previous unit, students now have the chance to explore the cause of a speaker’s vibration as opposed to the effect.

Students dissect speakers to explore what’s inside, and they build homemade cup speakers. They identify that speakers of all kinds have some of the same parts—a magnet, a coil of wire, and a membrane. Students investigate each of these parts to figure out how they work together in the speaker system. Along the way, students manipulate the parts to see how this technology could be modified to apply to systems in very different contexts, like MagLev trains, junkyard magnets, and electric motors.

This unit on thermal energy engages students in a design challenge to create a cup that keeps drinks cold longer. They identify the features that make some cups better at keeping drinks cold, and they construct their own models to explain how those features prevent the transfer of thermal energy.

In this unit for 6th grade, students build an understanding of energy transfer within and between materials based on a particle model, and they work on the practices of modeling, conducting investigations, constructing explanations, arguing from evidence, and designing solutions.

This unit on metabolic reactions in the human body engages students in an investigation of a real case study of M’Kenna, a 13-year-old girl, who reported some alarming medical symptoms to her doctor. Her case sparks questions and ideas for investigations to figure out which parts of M’Kenna’s body are functioning differently from a healthy person’s system and why. Through the work of investigating M’Kenna’s symptoms, the class constructs a model to explain what happens to food after it enters people’s bodies, and they use it to explain M’Kenna’s symptoms.

In this 7th grade unit, students build an understanding of how body systems interact to process food and use the energy stored within it. They work on the practices of developing models, interpreting data, and arguing from evidence.

In this unit, students investigate how sounds can cause objects at a distance to move. Motivated by a video of windows shaking when a truck outside plays loud music, students investigate what happens when an object makes sound. Over the course of the unit, they build a model that describes what happens when sounds are created that can explain the shaking windows and other examples of sounds causing objects to move.

In this 8th grade unit, students use a particle model of air to build an understanding of how sounds move that explains the effect of sounds on other objects. They work on the practices of planning and conducting investigations, using mathematical and computational thinking, and evidence-based argumentation.

The OpenSciEd Middle Grades Science Program is being released in phases. The final phase of the program will be complete in early 2022. The consortium of curriculum developers includes BSCS, Boston College, the Dana Center at The University of Texas at Austin, Digital Promise Global, Northwestern University, and a broad network of leaders in science education. This developers consortium works in close collaboration with a state steering committee representing ten partner states from across the United States.

OpenSciEd is funded by the Carnegie Corporation of New York, Bill and Melinda Gates Foundation, Charles and Lynn Schusterman Family Foundation, and the William and Flora Hewlett Foundation.